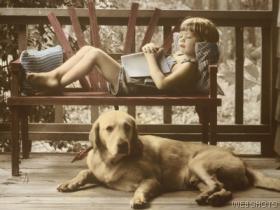 Memories Of Summers Past, and a Misspent Youth!

Or Sticklebacks and Jam Jar Lures

ůůůůůůůůůůůůů.  itĺs triggered a flood of memories of
my own child hood, where luckily, just like the Rat & the Mole in Wind In
The Willows, I was fortunate enough to have been raised in one of the most
scenic, delightful regions of this wonderful English countryside, alongside
one of the famous chalk streams that source in the South Hampshire Downs,

and which are world famous for trout fishing.

Yep, you sure have got the Sticklebacks & Jam Jar Lures well sourced in
explanation, but you know, we kids werenĺt so very scientific in our own
river play & rambles. You see, ĹDragginĺ was the real, proper thing as a
kid: when Pete Gardner, Al Cooper, Smudger Smith, & numerous of my other
chums decided to spend a rare. hot summers day alongside the River Itchen.
Rough equipment really. An old sack pinched from inside my dadĺs gardening
shed, jeans chopped off at the knees as a pair of bathing shorts, two jam
jars looped together with string: hanging like some humungous pair of ear
rings around youĺre neck. Then raid the larder ( I suppose you American
folks would call it a Ĺcool boxĺ), for a big bottle of home made ginger
beer, which mum always kept stock on the cold larder floor. The wonderful

tins in that larder:


...... we never went Ĺdragginĺ without a Ĺtuck boxĺ full to the brim with
tasty goodies.

Then it was for the off: a short walk through the local housing estate, down
the back alley ways, laughing & chattering, as only kids do: excited
anticipation in the fun filled day that lay ahead. Down the ĹSmithyĺ steps,
across by the oak & into Nightingale meadows; and there she was...... Monks
Brook, a stream sourced about 4 miles away in Chandlerĺs Ford, meandering
down through the Fleming Estate, through Fleming Park & the local sports
ground, wandering south toward the gypsy encampment in ĹGreen Groveĺ:

at Northam, east of  Southampton.

Then it was down to the business! Shorts on, rolled up trews, wading up to
your waist in the old Monks Brook: that, oh so cool feeling as the chilled
chalk stream water, made you draw short breath, as it lapped up over your
knees, & you moved mighty quick into the edge of the bank, where the sunĺs
warming had taken the temperature of the back waters to the level of a warm
bath. Oh, but we were big game hunters on those summer days. Smudger

Smith told me in absolute confidence, that there were water rats in that Monks
Brook, as big as cats! He said, that if we was to corner one whilst Ĺdragginĺ
then there was only one thing to do: ôyou have to look it square in the eyes
he said, just like one of them there hypnotist fellers.ö ôAnimalsö, he said,
ôcanĺt stand it if you loowks at them square between the ayesö ôThen whatö,
I asked? ôThenö, he said, ôI clobbers it straight between the ayes with this oak
tree branch, Ĺtill itĺs well kipperedö! Smudger was always so much braver

than me, my secret, school boy, buddy hero!

Anyhow, I digress......... dragginĺ: simple really. Smudge would grab hold    one end of the sack, & I the other, dip down one side, then with a trawling action Ĺdrag into the bank, under & around the reeds. Them two old jam jars jammed firmly in the waters edge mud, half filled, stood ready to make home for whatever our Ĺdragginĺ was going to find! Then, with an almost swinging action, we would draw up one edge of that water filled old sack, bent double peering to see just what we had captured in our drag lure on that first  attempt............... Always minnows, buzzing in the water of the drag sack like fire flies, and sometimes only if we had the luck: some huge fresh water eels, which on occasions reached the tremendous length of at least one half an inch!!!! Minute fresh water prawns, fresh water snails, tadpoles, tadpoles & more squirmy eels: all would find a home in those two jam jars: the prizes of our days efforts on the river bank. With an almost Ĺstalkingĺ action weĺd beat our way along the river bank; me Ĺavoiding those deeper, darker, haunted backwaters, overhung with willows & thorn bushes. Didnĺt want to meet up with them there huge Water Rats as big as cats, that Smudger had told me about, in oh so graphic detail: oh NO! My imagination working overtime, when streamers of water reeds brushed my legs under water, & believing the horrors of those humungous water rats......... Iĺd charge from the water, sit on the bank & Ĺcomposeĺ myself. ôWhat Ĺre you shaking ferö, Smudger would ask? Itĺs 'cos that there stream waters so bloody cold Iĺd reply: thinking about what my Mum used to say would happen to kids that told ĹFibsĺ!

All afternoon weĺd trawl the river bank, adding to our prized jam- jar collection, just occasionally breaking off to visit our cache of   refreshments, stood cooling in the shallows & shade of the river bank: ginger beer. farm cakes &, if lucky, a couple of slices of mumĺs famous home made sticky finger tart! .Mid afternoon, shoulders burnt brown with the overhead mid day sun, & time to start building the mud-flume. Kids would gather from the district, once olĺ Smudger & I got down to Mud Flume building: we was famous for it, or should I say notorious! Dad never did work out where his best garden spade used to disappear at interval throughout those Summer months: well, us river bank engineers, we had big construction projects to undertake, as weĺd carve out a half circle flume trench; top of the river bank down into the ôdeepö. It was where the old oak leaned over & away from the river bank: branches about 2 ft. thick, & weĺd lassoed a thick manila rope that weĺd ôacquiredö from a building site around that branch, inserting a stout willow branch & a non slip knot
to provide a seat as it was swung, circular motion, out & across the ôdeepö, over that mud flume, & back to the river bank.

Around that time, in those hazy lazy days of misspent summers, I must have first scented my Ĺinterestĺ in commerce, for having built that darn mud flume, weĺd only allowed kids from the district to use it on a Ĺcontributionĺ basis. Sweets were a good payment, especially bull eyes, or jelly baby. Smudger would Ĺallowĺ any other kid a full one hour on that mud flume in exchange for 10 liquorice allsorts, two bulls eyes, or five jelly babyĺs, but if you dared to find anything as rare & unusual as frog spawn, or a Toad, & you put it in our Jam Jar Collection, then, youĺd be allowed to run that Mud Flume & Swing for the rest of the day!

Oh, the games we played those hot Summer days on the river bank! That chalk stream running, chuckling down over stone & shingle, sparkling clear, fresh from the chalk downs: cutting deep at times into the Hampshire clay: rich, dark, almost orange in colour. The still, eerie quiet of the afternoon broken at intervals by the shrill shouts & screams of delight, as us kids leapt for the rope swing, pirouetting, Tarzan like, out, over theĺ deepĺ, before tumbling backwards into the water, & striking out for the river bank. Climbing steps carved in the river bank walls, before standing back, like Jesse Owens at the Olympic games, crouched for the run-up; last minute dropping down on our hunkers, into that slimy, muddy, water filled flume, which sent you backwards, arms in the air, as with squeals of delight you  Ĺran the mud flumeĺ, & it spat you out, like a half chewed, mud covered chocolate bar, and a huge splash, into the Ĺdeepĺ!!!!

Those wonderful, hazy, lazy crazy days of summer....... must be a song in there somewhere!

Tea time, & the twilight of a perfect English Summerĺs evening seemed to    arrive all to soon, then energy sapped, mud encrusted, jam jar trophies in hand, reluctantly: like the rooks overhead, we heeded the shouts of irate parents, sent to Ĺspoilĺ our fun & games, & like wayward sheep, herd us back home, where often as not, Dad would stand us in the back yard alongside the dog whilst he turned up the garden hose, washed away the remains of our river bank adventure, before Mum produced a wonderful crusty roll, cheese & pickle Supper, & sent us packing off to bed, to dream the dreams of Summer days, fun filled ways: ........... Sticklebacks & Jam Jar Lures!

We were Ragamuffins then.

May we, & those child hood memories, never fade away!